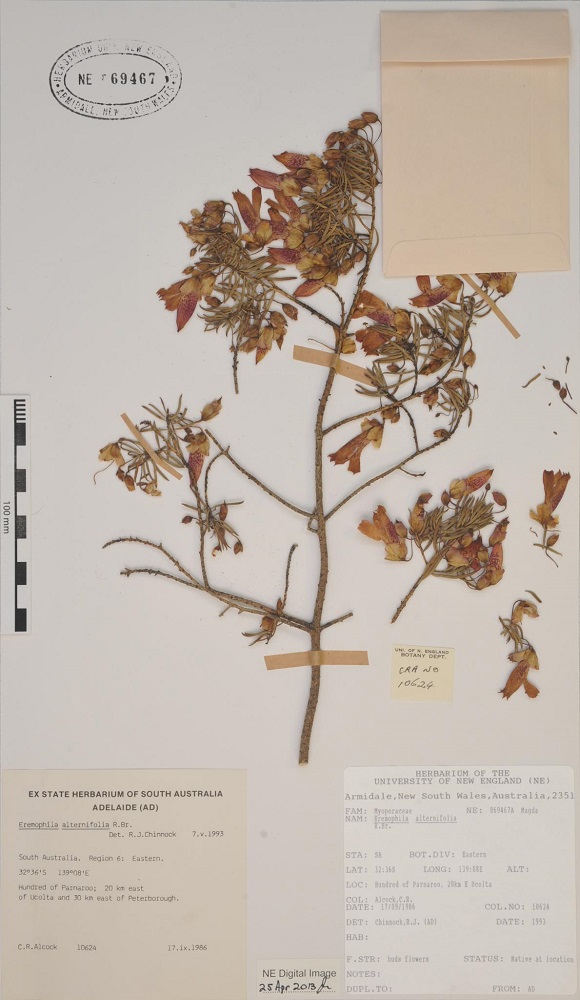 Leaves boiled in water and drunk for colds, influenza and coughs; used for "any sickness" without a known cause - Pitjantjatjara (NT) cited in Smith 1991

Infusion of the leaves used as rubbing medicine; taken internally for a number of ailments - Pitjantjatjara (Central Australia) cited in Latz 2004/1995

Dried leaves are boiled with water or have boiling water poured over them while in a strainer to make a liquid for colds and coughs - Kaltukatjara, Wankari, Tjunti and Tjuntinanta (NT); colds with nasal congestion treated with vapour from the boiling liquid/leaves - Wankari (NT); fresh leaves are boiled and the liquid taken for coughs and cold - Tjuntinanta (NT); bark from young twigs used as for leaves - Wankari (NT) cited in Barr et al. 1988